Lee Holmes, a holistic chef and the founder of Supercharged Food, is currently in the UK spending time with mourners after Her Majesty’s death on September 8 aged 96.

She has shared a copy of the Queen’s favourite egg recipe, which she says was hand-delivered to her by a close friend – who formerly worked as a royal chef.

‘Some years ago one of my lovely friends was fortunate enough to be a cook for the Queen and she shared with me a recipe for her favourite scrambled eggs,’ she wrote on her website. 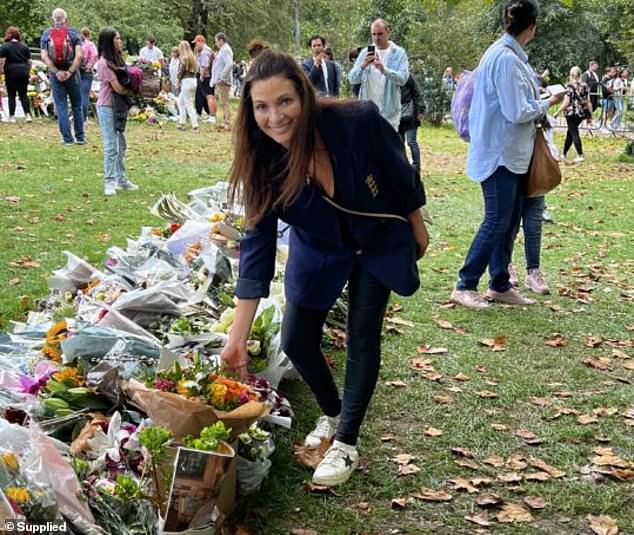 Lee Holmes, a holistic chef and the founder of Supercharged Food, is currently in the UK spending time with mourners after Her Majesty’s shock death on September 8 aged 96 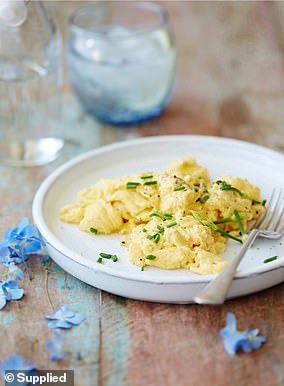 Whisk the eggs and milk in a bowl until well combined. Add salt to taste.

Heat the butter or olive oil in a small frying pan over low–medium heat. Add the eggs and turn the heat down to low, moving them around the pan slowly with a spatula so they don’t stick to the bottom.

Just before they are starting to set, add the lemon zest, nutmeg and extra salt, if desired and stir.

Serve immediately, garnished with pepper and chives, if using.

‘Ma’am loved to sometimes start the day with a protein packed breakfast and these eggs were tailored to the way that she particularly liked them.’

Ms Holmes explained that the Queen loved to eat homegrown foods and those that were produced locally in her area.

‘She was also a fan of eating with the seasons. That’s my kind of lady, she certainly put the Great into Great Britain,’ she said. 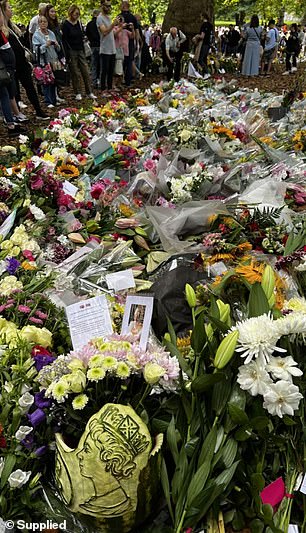 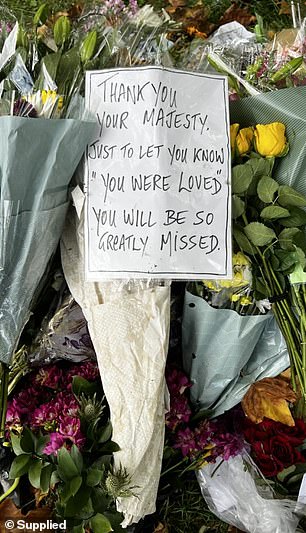 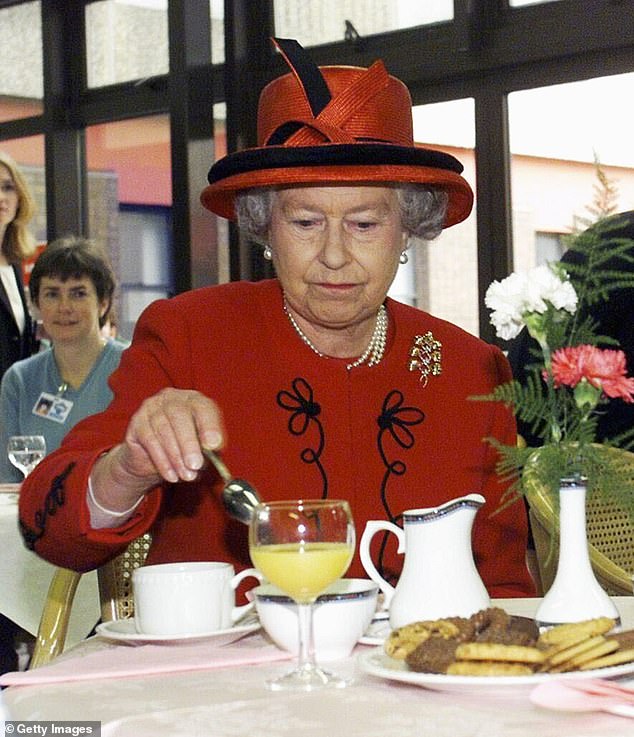 The eggs need to be brown not white, as Her Majesty preferred the taste, and they were always cooked low and slow to make them super creamy and not clumpy

The eggs need to be brown not white, as Her Majesty preferred the taste, and they were always cooked low and slow to make them super creamy and not clumpy.

Occasionally they would be served with her favourite kippers, usually in her private dining room in Buckingham Palace with a nice cup of Earl Grey tea and a spot of milk.

‘Ever since I was given this recipe a few years ago I’ve been making these eggs on the regular and they are spectacular! I always make them when friends come to stay,’ Ms Holmes said.

The chef and health expert has found being in the UK during the Queen’s mourning ‘surreal’.

‘Last week I was to be able to join thousands of people visiting the Green Park Floral tribute Garden and Buckingham Palace, to pay my respects to someone who was a huge inspiration,’ she said.

‘It was a very emotional day, especially looking through the heartfelt tributes and cards and seeing thousands of Paddington Bears lining the gates of Buckingham palace and the surrounding gardens.

‘Growing up in the UK was the beginning of my admiration for the Queen for so many reasons, including her ability to be a grounding, steadfast influence in times of turmoil as well as her dedication and diligence to serving others.’

Ms Holmes’ post about the Queen’s favourite egg recipe comes after Her Majesty’s personal recipe for drop scones went viral, having been shared by royal fans on Reddit. 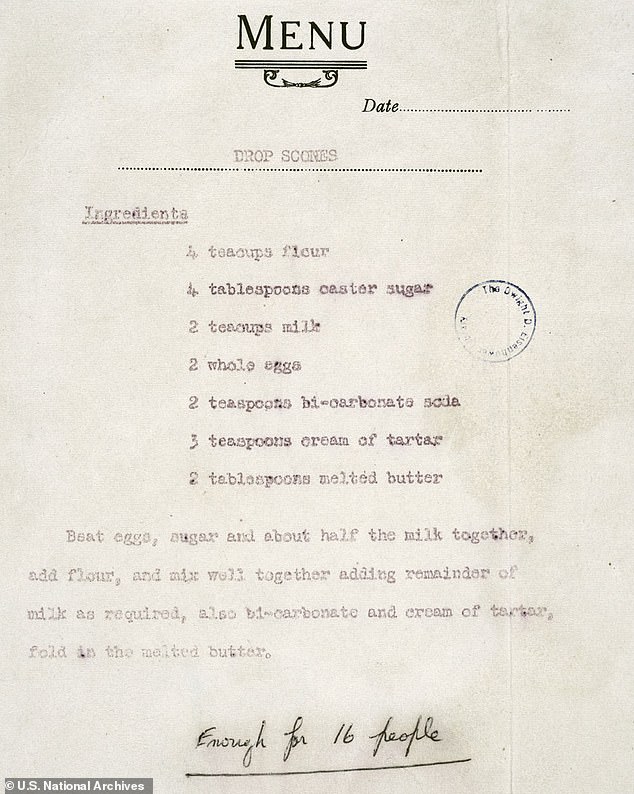 Ms Holmes’ post about the Queen’s favourite egg recipe comes after Her Majesty’s personal recipe for drop scones went viral, having been shared by royal fans on Reddit

The scrumptious recipe was first penned by the Queen in a letter to President Dwight D. Eisenhower in 1960 after the President and his wife, Mamie, met with the Queen at her Balmoral castle.

The monarch met Eisenhower for the first time in 1957 at a White House State banquet when she 31 years old and just three years later offered up her recipe to the President.

Here’s what you’ll need to perfect the monarch’s sugary treat:

Next you’ll need to ‘beat eggs, sugar, and about half the milk together, add flour, and mix well together, adding the remainder of milk as required, also bicarbonate and cream of tartar, fold in the melted butter’

And now, people all around the world are attempting to perfect the recipe that’s sure to get your taste buds swirling.

The letter to Eisenhower read: ‘Seeing a picture of you in today’s newspaper standing in front of a barbecue grilling quail reminded me that I had never sent you the recipe of the drop scones which I promised you at Balmoral.

‘I now hasten to do so, and I do hope you will find them successful.’

She then detailed each ingredient needed to make her drop scones.

Drop scones are a thicker version of American pancakes which involve dropping soft dollops onto the griddle.

Next the monarch detailed how to make the the fluffy pancakes and wrote: ‘Beat eggs, sugar, and about half the milk together, add flour, and mix well together, adding the remainder of milk as required, also bicarbonate and cream of tartar, fold in the melted butter.’

And the Queen made sure she didn’t leave any advice out as she even gave the President a tip when making her mouthwatering breakfast food.

‘When there are fewer, I generally put in less flour and milk but use other ingredients as stated. I have also tried using golden syrup or treacle instead of only sugar, and that can be very good too,’ she said.

She explained that the mixture needs a ‘great deal of beating’ before adding that it shouldn’t sit out for too long.

At the end of her letter she noted that her delicious recipe makes enough to feed 16 people – giving everyone a chance to indulge.

And although the monarch proved herself an expert when it came to breakfast, it seems as though the pancakes were a sugary treat.

The Queen’s former royal chef revealed she stuck to a strict diet.

In 2017, Darren McGrady told The Telegraph she kept a ‘disciplined’ diet. 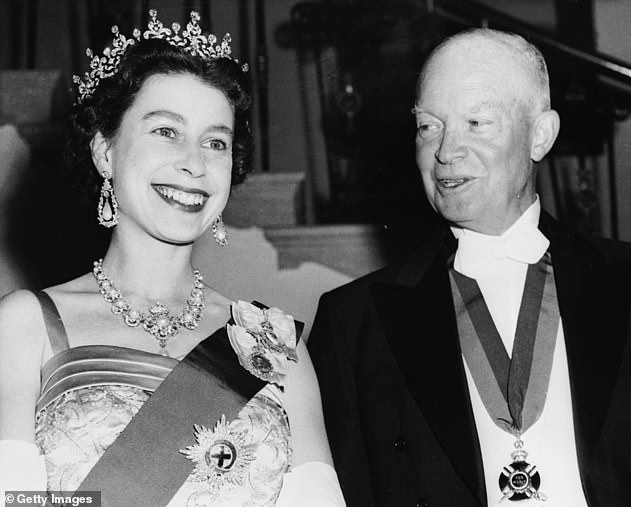 The Queen met President Eisenhower at a state dinner at the White House and for or the occasion, Eisenhower wore a British Order of Merit that had been awarded to him by the queen’s father, King George VI

He added: ‘She eats to live, unlike Prince Philip who loves to eat and would stand and talk food all day. She’s very disciplined. No starch is the rule.’

The former royal chef even revealed what the Queen’s go to breakfast was.

He revealed that she often ate Special K cereal with fruit and explained: ‘The Queen loved scrambled eggs with smoked salmon and a grating of truffle.

Dine like a Royal: A day in the life of the Queen through the food she ate

‘But she was too frugal to ever order fresh truffles and only really enjoyed them at Christmas when the truffles were sent as a gift.’

One some days the monarch ate a boiled egg, marmalade toast and a cup of Darjeeling tea.

Surprisingly, the Queen always ate breakfast alone at around 9am because Prince Phillip often preferred to eat about 30 minutes earlier.

Lunch was served at 1pm and would include grilled fish with wilted spinach.

The monarch would also have an afternoon filled with tea cakes, scones and sandwiches.

McGrady revealed to The Telegraph that her favorite cakes were honey and cream sponge cake, ginger, fruit and of course, the chocolate biscuit cake Prince William served at his wedding reception.

As far as sandwiches, the Queen favored a cucumber, smoked salmon, egg mayonnaise, ham and mustard sandwich with the crusts cut off.

She also loved a sandwich with raspberry jam and would wash it down with Earl Grey tea.

For dinner she would often eat salmon from Balmoral and for dessert, she particularly favored fresh fruit such as the white peaches grown in the greenhouses at the Windsor Castle.

She loved the peaches so much she would even have them sent to her when she was at Balmoral.

Although the Queen wasn’t much of a foodie as McGrady revealed she ‘didn’t always eat everything.’

‘She’d maybe have one or two tiny sandwiches, and sometimes the scones she’d actually just crumble on the carpet for the dogs to eat,’ he told The Telegraph.

Despite not finishing her plate, the Queen hated wasting food and was ‘very thrifty,’ her former royal chef even described a time she sent back a lemon garnish so the kitchen could use it again.

The royals will gather on Monday, September 19 for the Queen’s funeral. 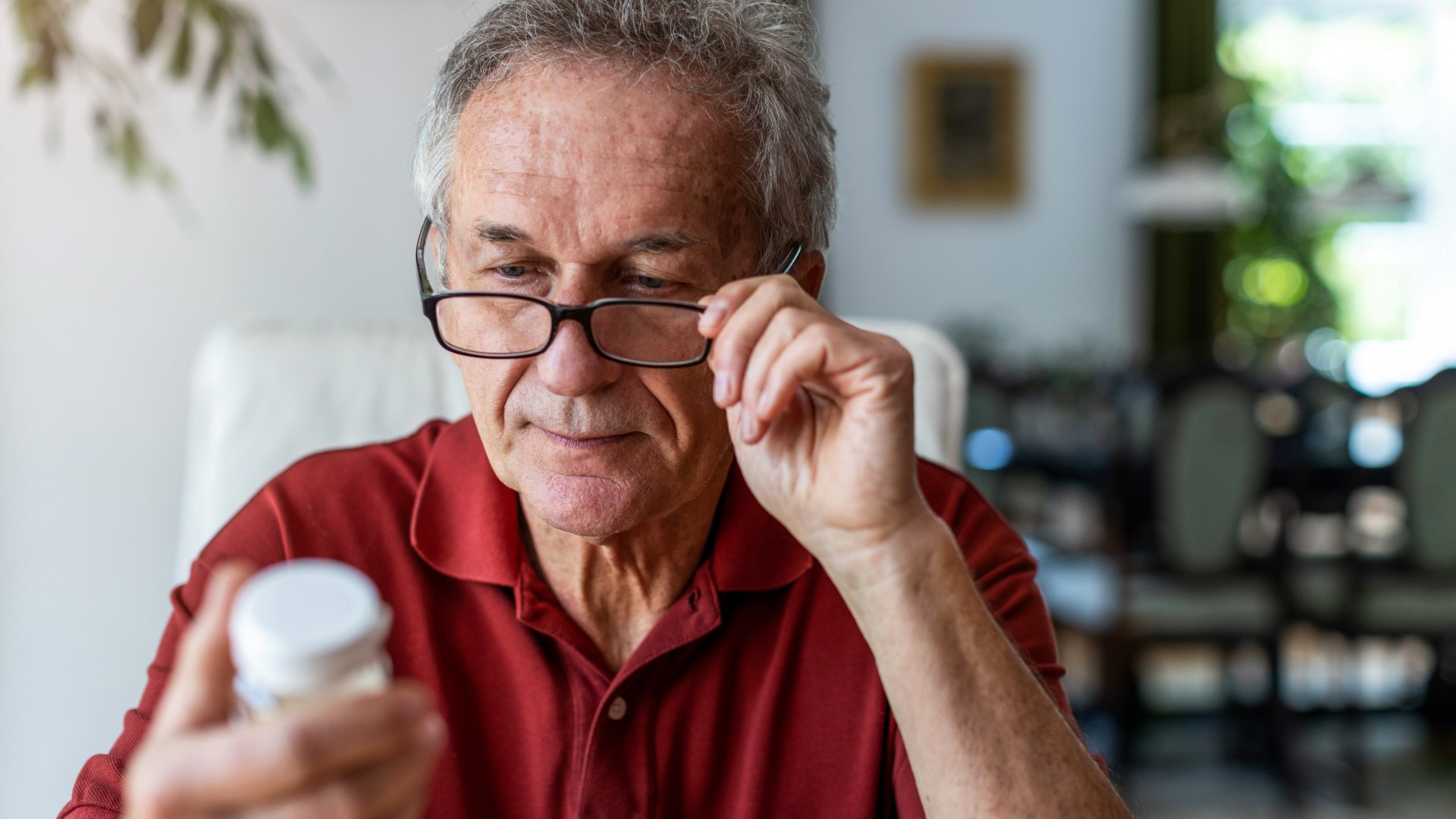 WHO: The End to the COVID-19 Pandemic Is in Sight | Health News

How the CDC’s communication failures during Covid tarnished the agency